The evening with Marcello Sanguineti has been postponed

The evening with Marcello Sanguineti has been postponed

As evident to all, the trend of infections is constantly growing and it seemed to us that, at least at the moment, there were no conditions to organize this evening.

The event, therefore, will be organized on a date yet to be defined. 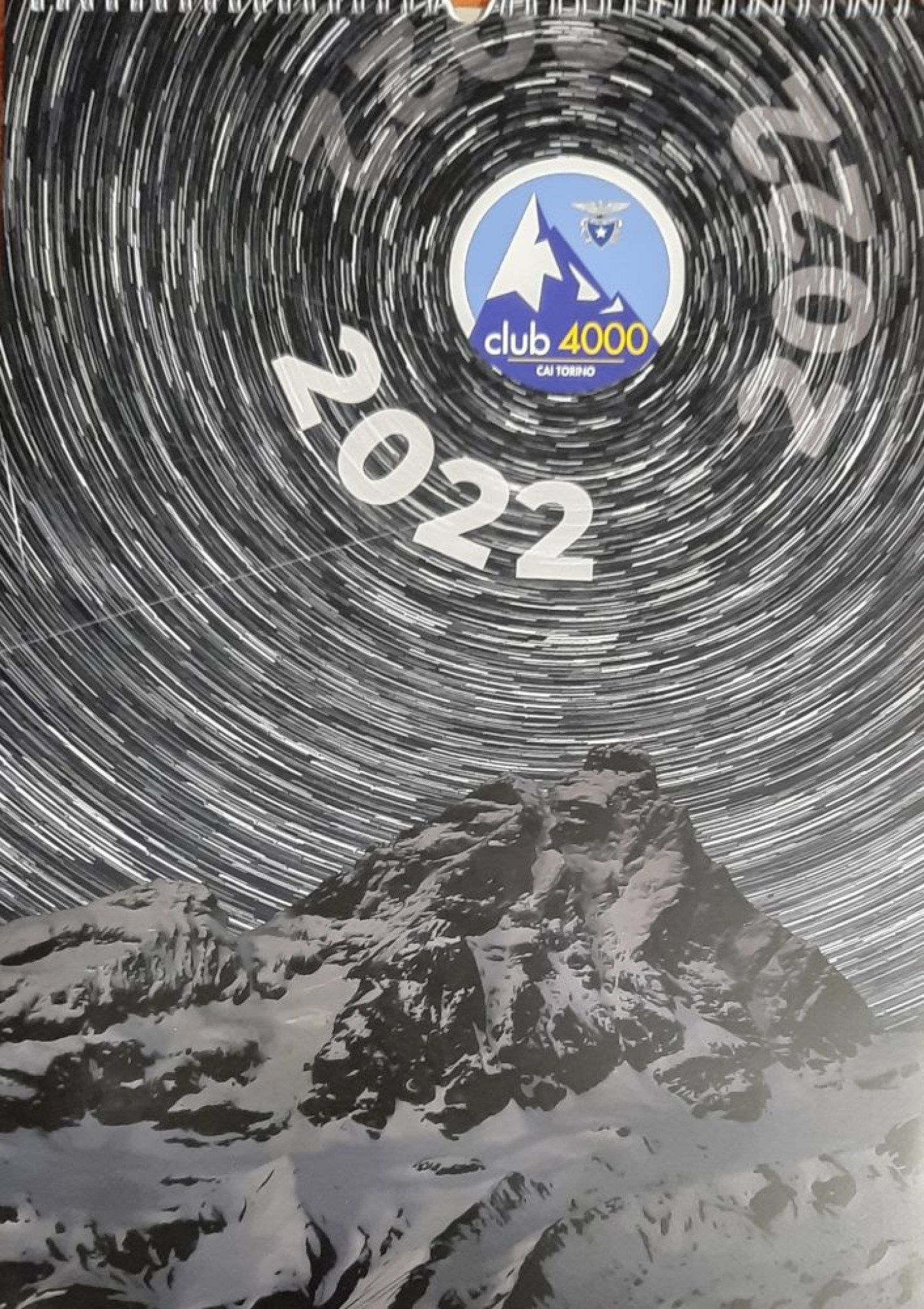 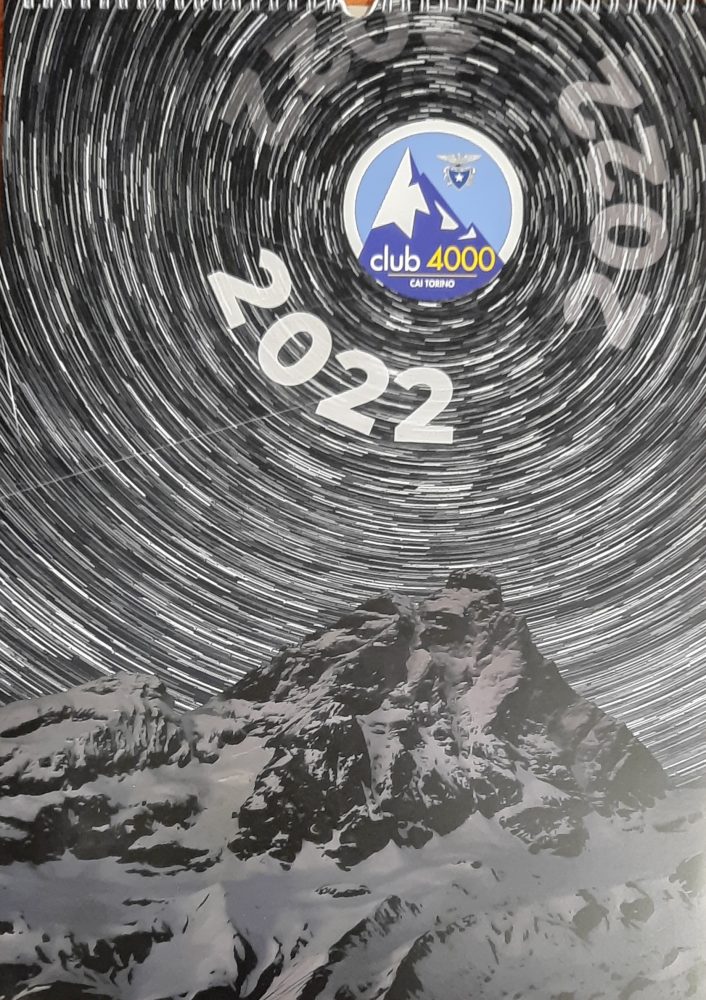 This year the calendars will be sold in the annual member's meeting or by the Libreria La Montagna (Via sacchi 28 bis 10128 Torino, phone +39​​0115620024, mail info@librerialamontagna.it)

Shipping is also possible contacting the Libreria La Montagna, the cost will depend on the quantity and on the international shipping, to be checked with the bookshop.

a newsletter containg the information about the member's meeting that will be to be held on 20th,  November, has been sent.

In case of the e-mail has not been received, we suggest to also check in the SPAM folder.

If it is not present there either, write an email to webmaster@club4000.club reporting the problem.

Congratulations to our new member Andreas Comploi, who has recently joined.

Andreas completed the ascent of all 82 4000 already last year, with the ascents to Alphubel and Tashhorn. 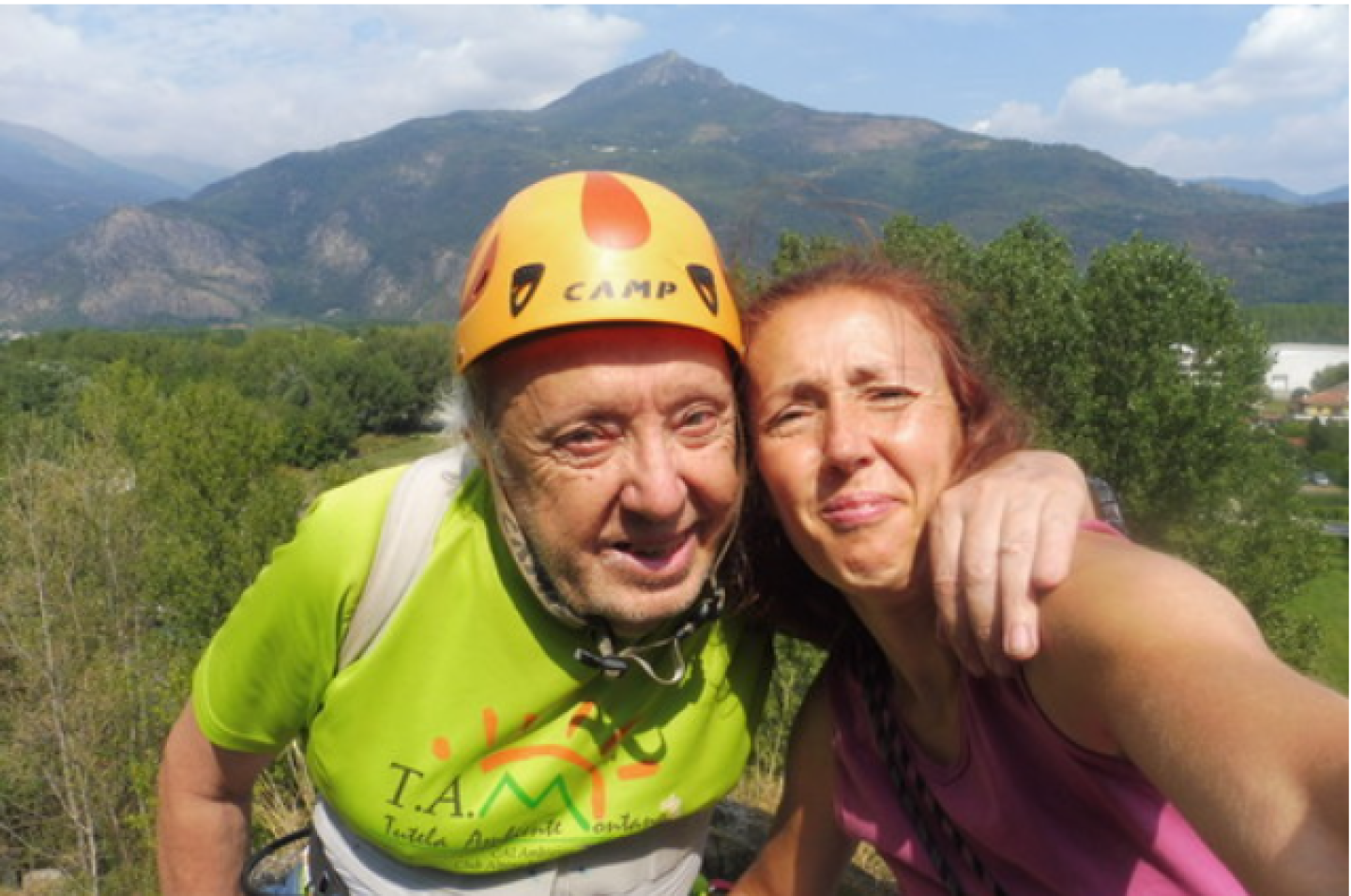 In the following web link there is the article of our member Lodovico Marchisio, on the AostaCronaca.it newspaper, as evidence of passion (and the therapeutic role) of the mountains (even if no longer lived at 4000 meters), following a highly disabling pathology.

The article, in Italian, can be read here 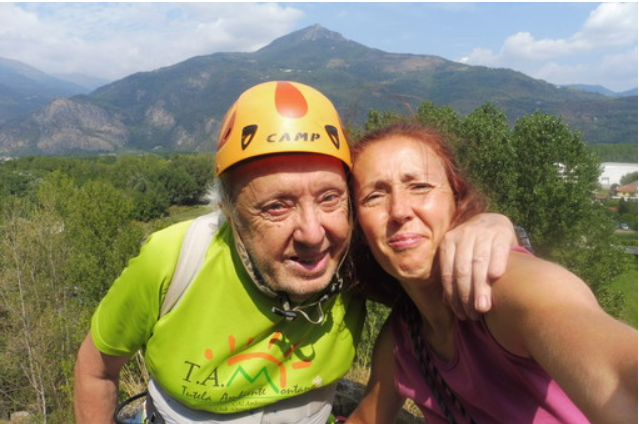 From the website he edited (https://www.sergiodeleo.com), we draw the following biographical notes: he was born and lives in Aosta.

A great connoisseur of the Aosta Valley environments and mountains, who has been attending for over thirty-five years, he carries out an intense mountaineering activity throughout the Alps. Although he is not a mountain professional, he can boast a very respectable curriculum: he has in fact most of the great high difficulty itineraries of the Western Alps with the triptych par excellence: the north of the Grandes Jorasses, the Matterhorn and the Eiger.

In particular, the Macintyre and Plein sud (new route) at the Jorasses and the direct Bonatti al Cervino (second Italian), as well as some winter firsts and new routes.

He has made expeditions to the Himalayas, Alaska, Kenya and the Andes: many prestigious peaks climbed on these occasions, including five 8000m peaks and three different routes to Fitz Roy, in Patagonia.

To the passion for the high mountains he combines that for photography: he has set up a personal exhibition entitled "Spaces and silences". Numerous images, together with texts, publications for sector magazines. It offers evenings and presentations with the shots taken both during the activity in the Alps and during the extra-European expeditions.

To Sergio goes to the warmest congratulations from the Club 4000 Board for having climbed all 82 4000 of the Alps with the Lauteraarhorn climb! 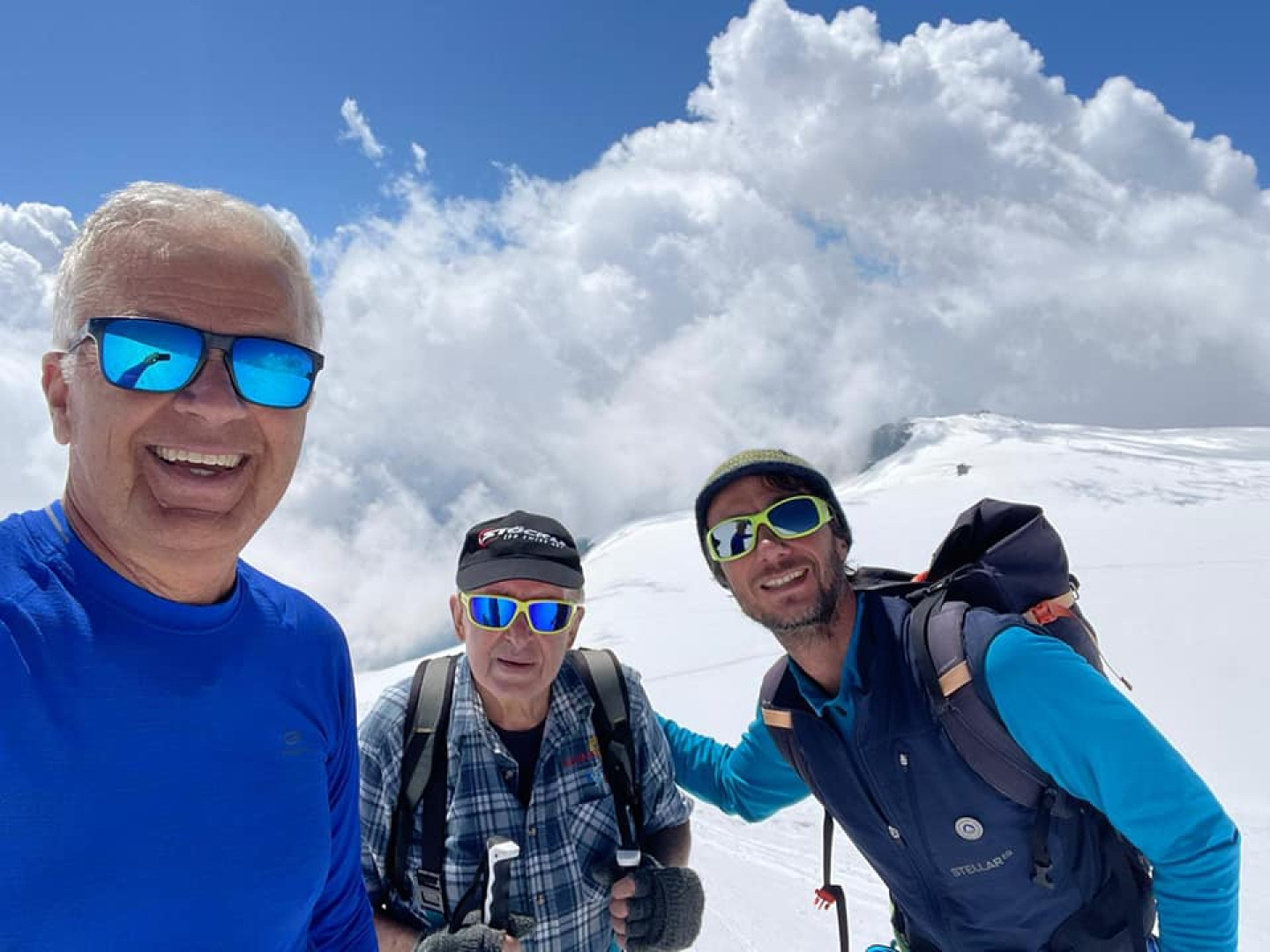 At 90 years old on the Breithorn, always looking forward

At 90 years old on the Breithorn, always looking forward   It is not the membership number of our Club (403), but the year of birth (1930) that amazes us. In effect Roberto Cantù, born in Milan but resident in Segrate, who will turn 91 on August 13, continues to frequent the mountains, and not just for walks (which, of course, would be a great thing ...). So, on 22 July, with his nephew Massimo and the guide Jacopo Zezza, he went up from Cervinia with the lifts (cable car and then, skis, with the ski lifts) up to Colle del Breithorn (3866 m), to then aim for on foot to the summit of Western Breithorn (4165 m).

He "contented himself" with stopping at the shoulder at an altitude of 4100 m, so as not to risk missing the cable car on his return. "Certainly not because I was short of breath," he tells us, in a very pleasant and long chat, when we reach him on the phone. «In fact, if we look at the pulsations», Roberto continues, «I always have them regular at 120 beats».

This is his 71 ascent above 4000 meters, and he tells us that it will also be the last. But he continues to go to the mountains all right: about once every two weeks, overcoming highly respectable daily differences in height (at 87 he was awarded the “Scarponcino d'oro”, which goes to the oldest who, in three social outings in three different excursions , has passed the various "tests", each time reaching a thousand meters in altitude).

On the other hand, Roberto has frequented the mountains since he was a child: at the age of 6 he was already sleeping at the Brioschi refuge on the Grignone; at 16 he climbed the Bernina, his first four thousand, and at 19 the Matterhorn from the Italian route (staying overnight at the Carrel hut, at 13 he was already returning to Cervinia, ready to go dancing ...).

In all, he reached 35 four-thousanders (here the list of his climbs), with not a few noteworthy exploits: among others, the south face of Punta Parrot, the spur of Brenva, the Rey ridge at Dufour, the south ridge of the Lyskamm.

Representative in the textile field for 49 years, married without children for 40 (his wife moved on in 2005), member of CAI SEM (Milanese excursionist society), Roberto continues to be very active in the field of volunteering (the Municipality of Segrate has awarded the Ape d'oro, equivalent to the Milanese Ambrogino). He is also a great practitioner of skiing in all its forms: from participation in large ski mountaineering rallies, to ski competitions (again in 2017 he became Italian champion for the master category in giant slalom).

His secret? Always be on the move and always look forward, towards the future. On the other hand, he bought a hybrid car already eight years ago ... 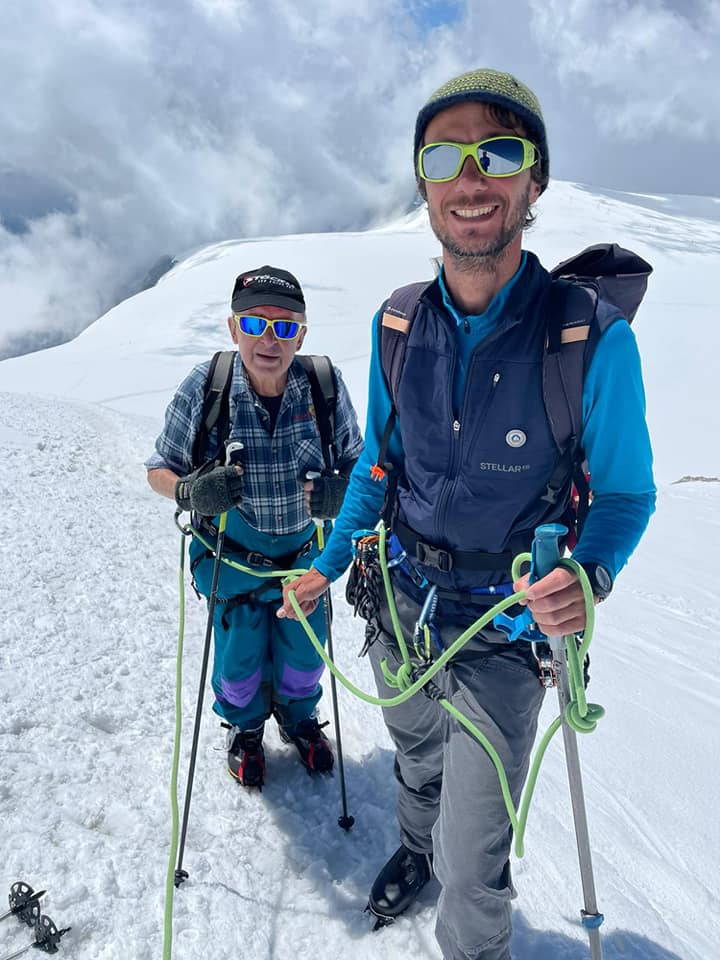 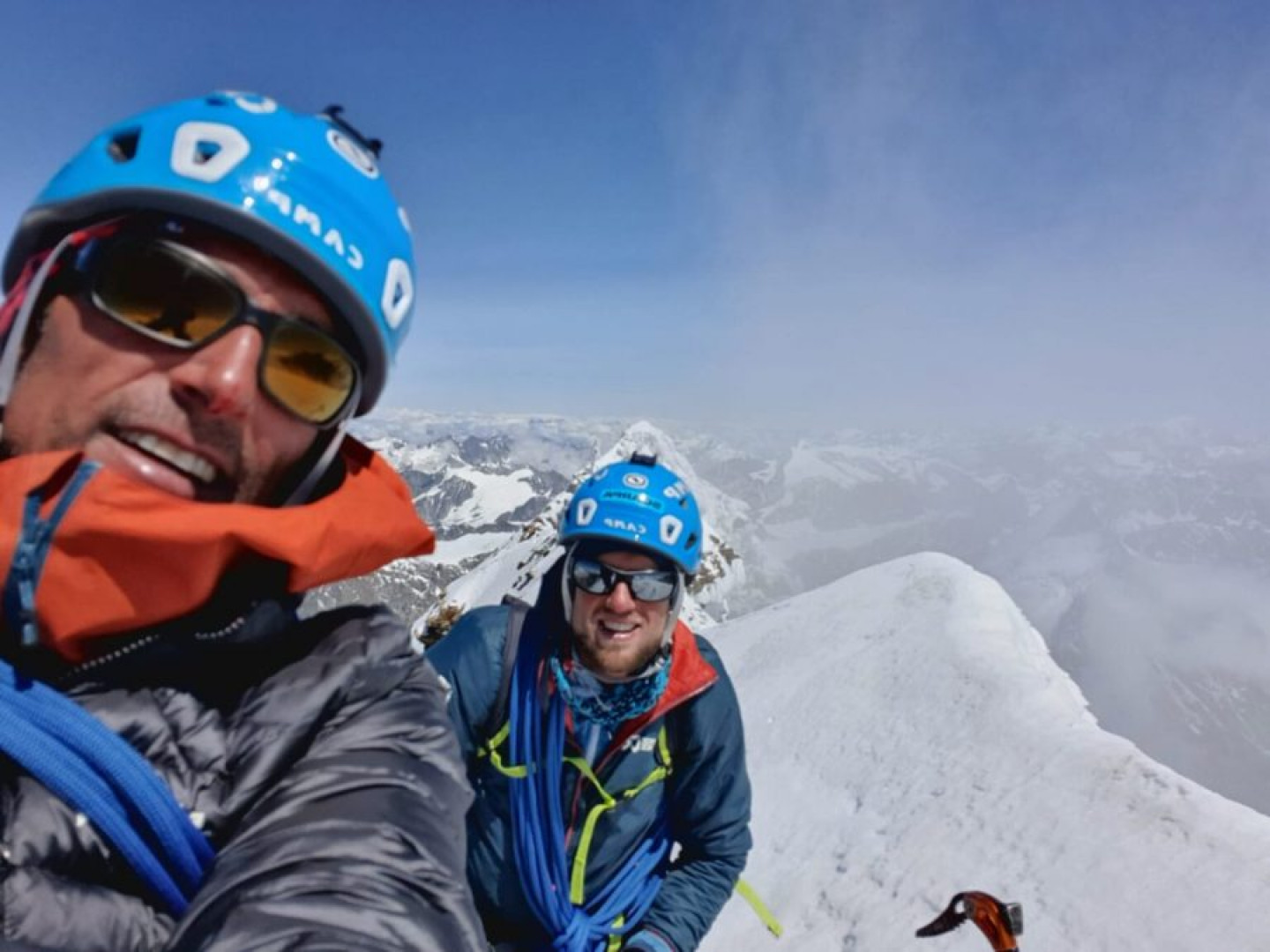 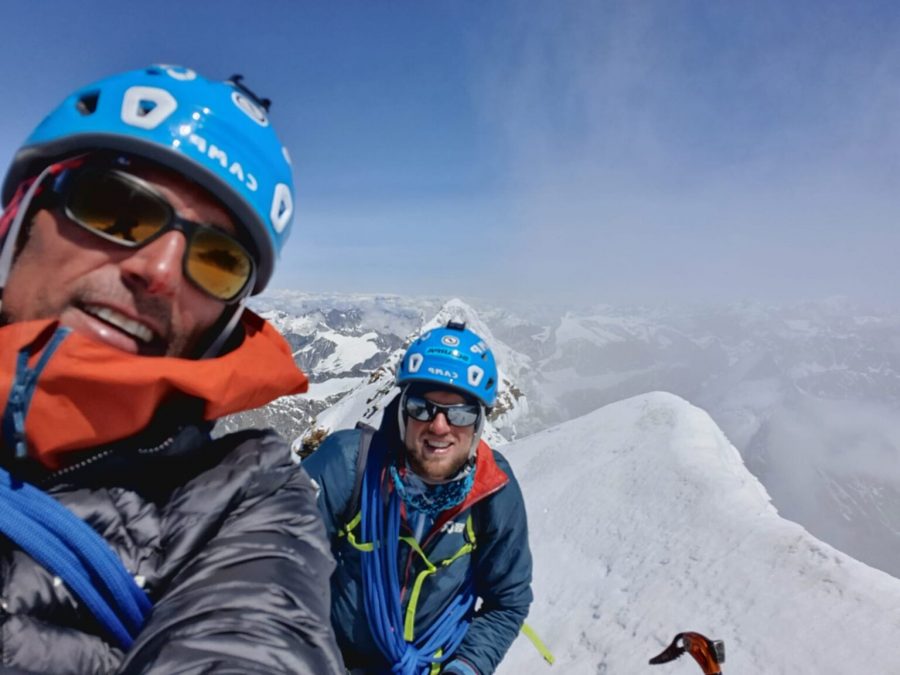 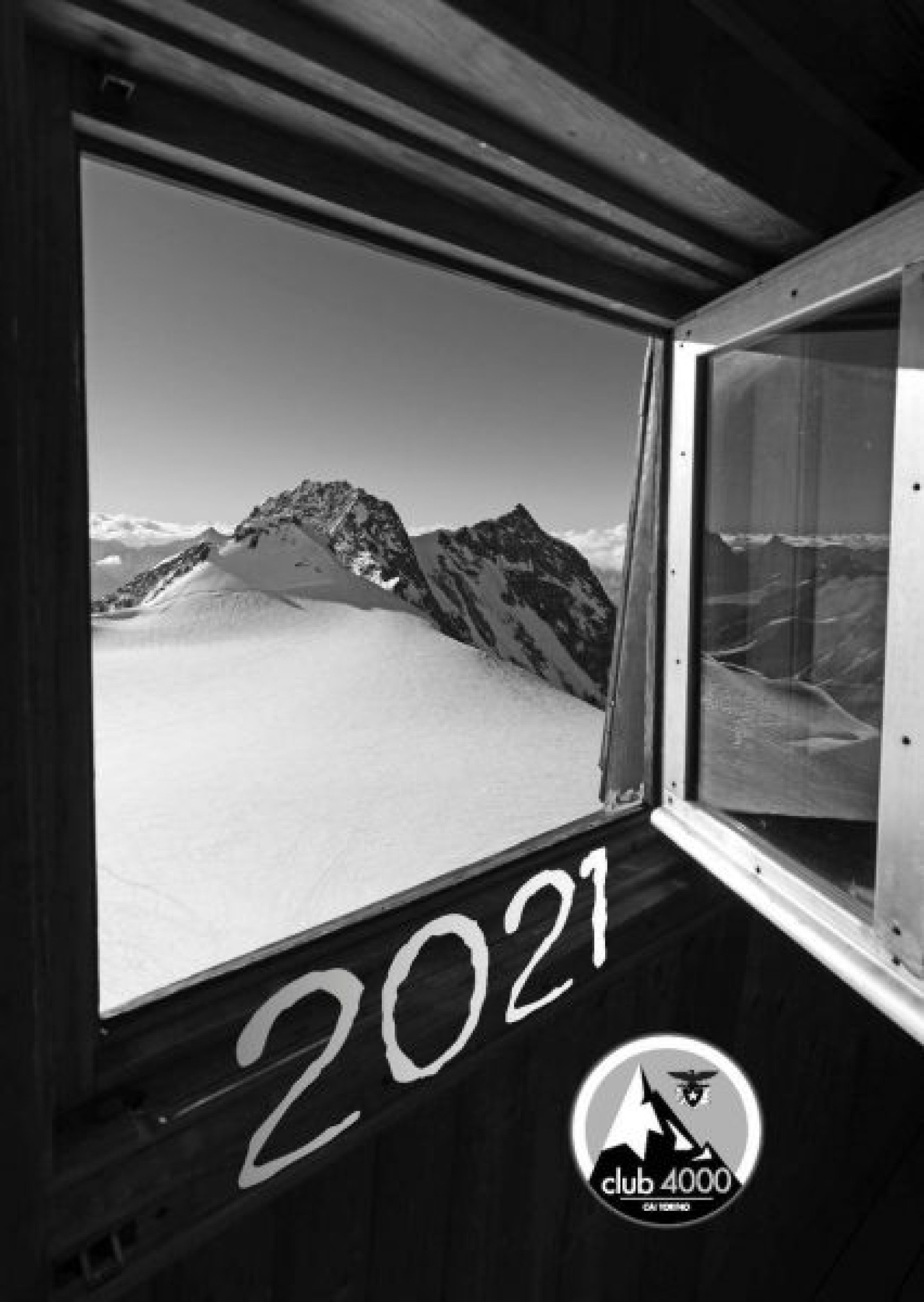 Even for the 2022, the Club4000 will publish the mountaineering calendar that will be, as usual, in vertical and color format.

Please send your photos (maximum 5) of the last 5 years, before Saturday, 31st July 2021, to the email address: 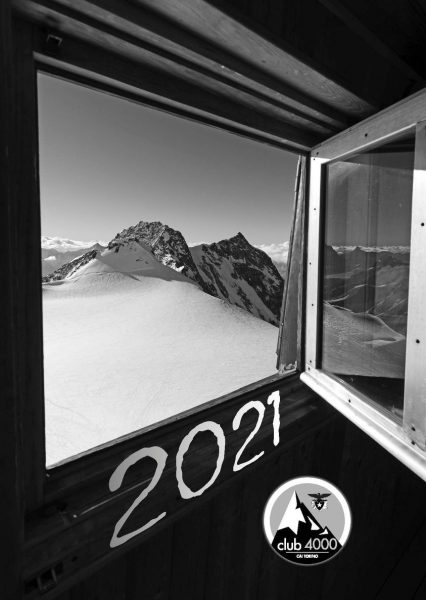 Communication about the Quintino Sella hut

We inform the members that, on 16/10/2020, Club 4000 sent a letter to CAI Turin in which it is specified that the Board, after a internal discussion, has resolved that, starting from 1/11/2020, will no longer carry out any function regarding the Quintino Sella hut.

The troubled resolution depends on the progressive marginalization of the mentioned Club with respect to the decisions on the management and maintenance of the historic alpine hut, consequent to the conclusion of the restoration works.

However, the Board declared its readiness to discuss with the new Sectional Presidency and the Refuge Commission to better illustrate its positions on that.